Ugg boots are the most comfortable winter shoes that are preferred by those who value comfort first. It’s so nice when your feet are warm in the cold and you can safely walk on the ice on a wide non-slip sole. In addition, these simple from the point of view of tailoring and practical Australian boots have been exciting the minds of world designers for several years and Shine on fashion catwalks. A variety of models and colors allows you to choose a suitable pair of shoes for anyone. Recently, they are worn not only by women but also by men and children. 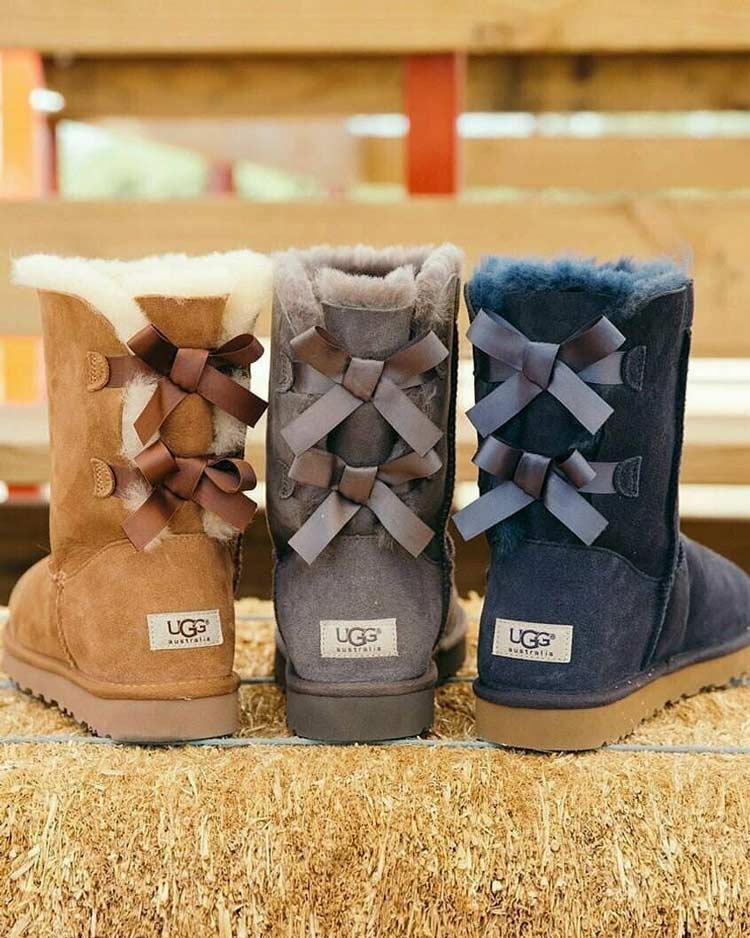 Ugg boots made of sheepskin on a flat sole of a free cut without fasteners. The top is leather on the outside and fur on the inside, and the sole is rubber. Sheep’s wool is very good at keeping warm, so the temperature in such shoes is close to the temperature of the human body, and ugg boots are sometimes worn even without socks, without risking freezing and in severe cold. The skin on the outside is often treated with special water-repellent compounds so that the shoes do not get wet when walking in the snow. A kind of decoration of ugg boots is the seams on the outside of the shoe. 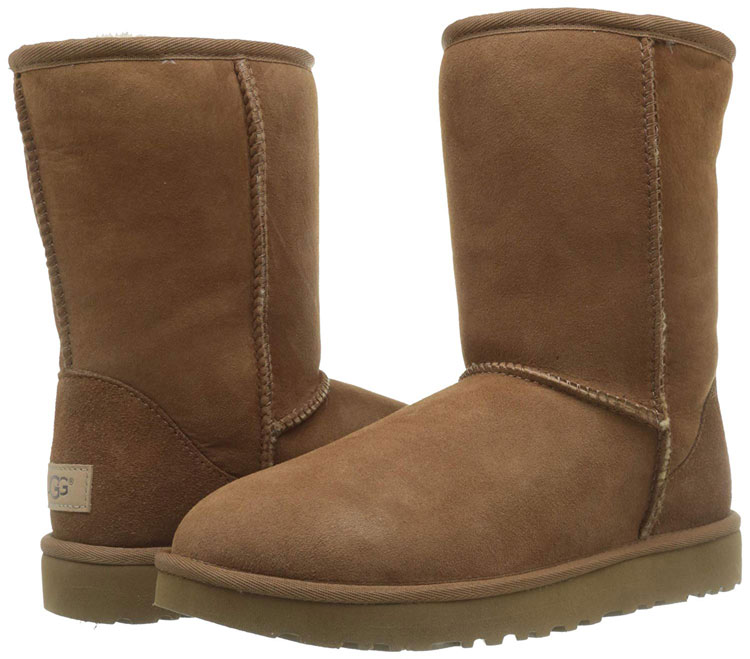 They are conspicuous and seem to divide the boot into three parts: the heel, the front part, and the top. In height, ugg boots are both low, up to the ankle, and higher, up to the knee. The flat rubber sole allows you to move easily on the ice without fear of slipping. 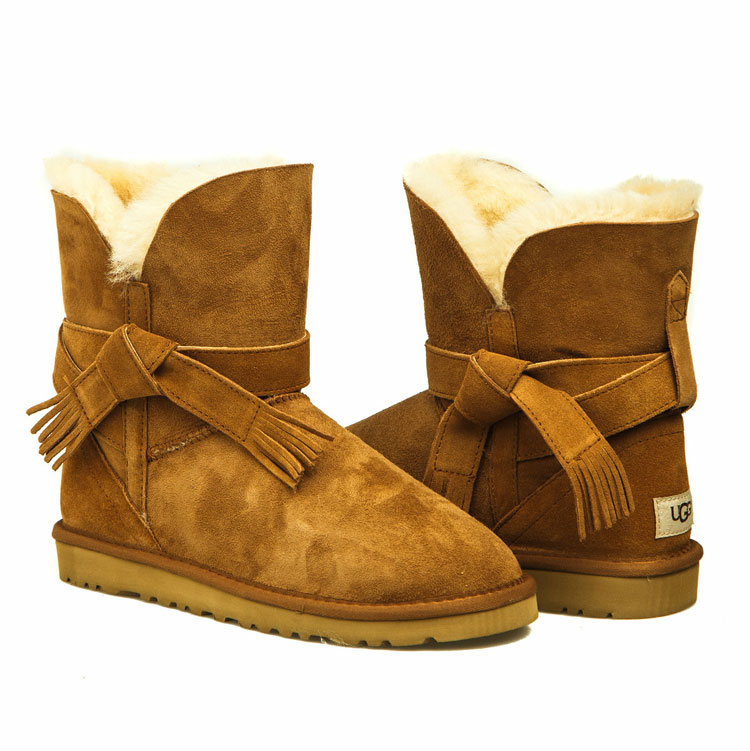 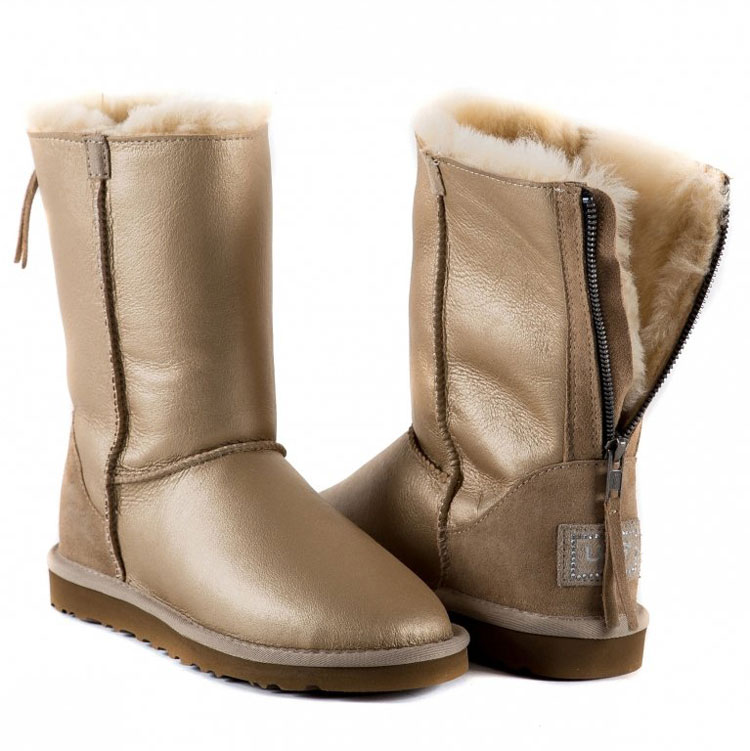 The first ugg boots were made from sheep’s wool, but today, when they have turned from comfortable village shoes into a fashion trend, they are also made from suede, eco-leather and artificial materials. Recently, in Australia, there is a fashion for ugg boots made of kangaroo skin and wool. Entering the world’s catwalks also affected the color of ugg boots. It is found in a wide variety of colors: from classic Browns and blacks to pink and blue. The most daring fashionistas choose models with rhinestones, stones, ribbons, and embroidery.  All this allows you to significantly diversify the product range and make these shoes available to as many customers as possible. The choice of men’s ugg boots is limited to models in black and brown without unnecessary decorations. 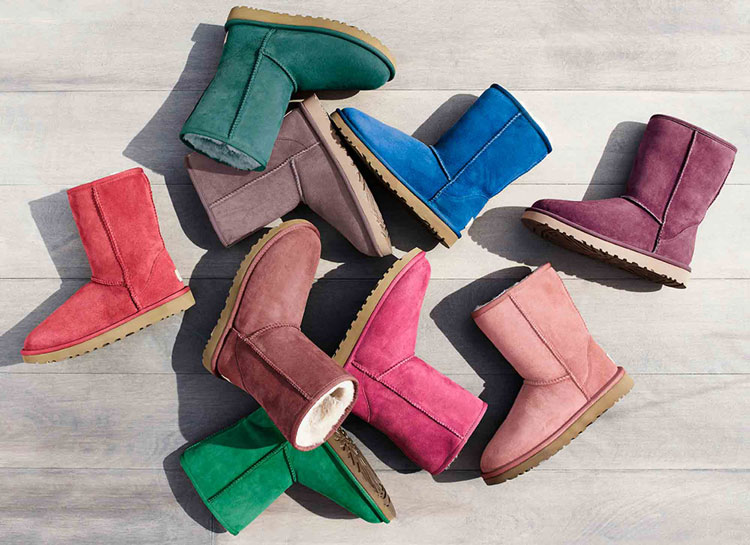 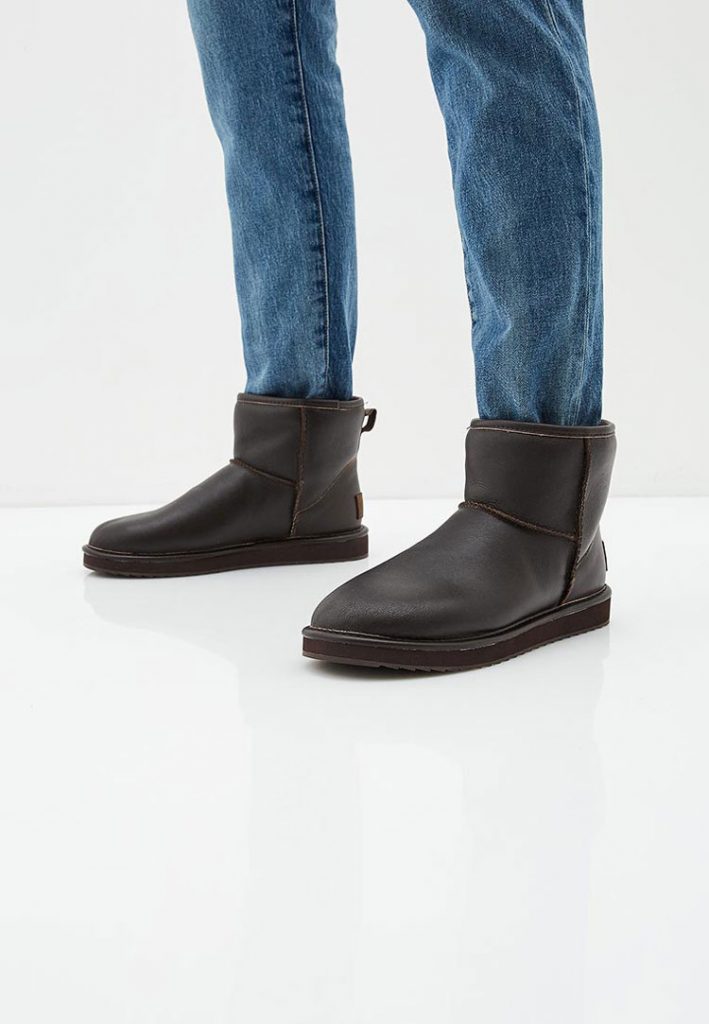 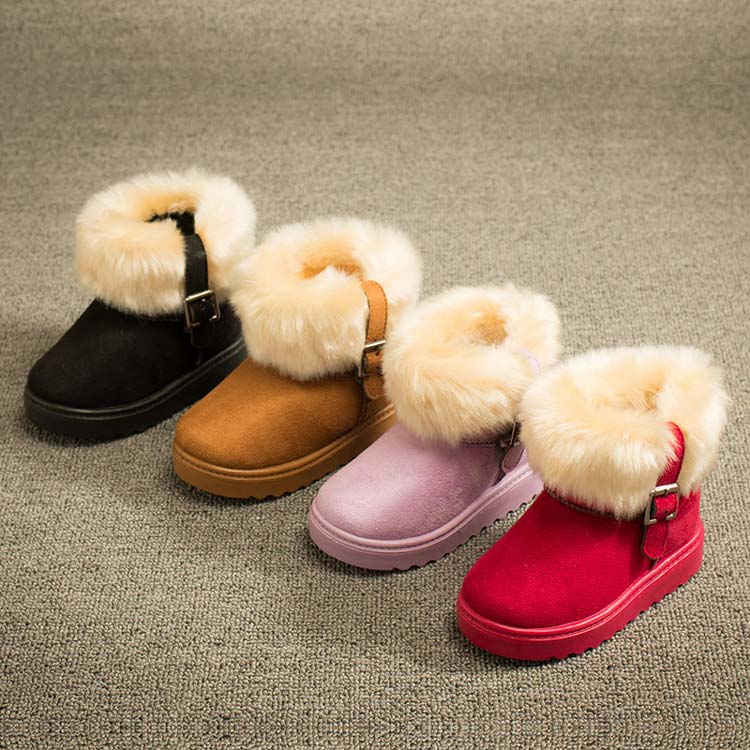 Why are they called UGG boots?

Frank Mortal, the founder of the Mortal Sheepskin Factory, claims that the name ugg boots for the shoes he produces were invented by him and his wife. Once his wife called the first pair of sheepskin shoes ugg boots or “scary boots”, and Mortal changed the phrase to ugg boots. However, surfer Shane Stedman, who proposed to produce uggs with a hard rubberized sole, was the first to patent his invention as UGH-BOOTS. However, the words ugg and ugg are both registered trademarks and names for an entire class of winter footwear.

Useful tips on how to choose ugg boots

Real ugg boots are made exclusively from natural sheepskin. Therefore, they are worn perfectly, and with appropriate care, they will last for several seasons, even if you put them on in the slush and rain.

Despite the fact that the official manufacturer of ugg boots is UGG Australia, all factories for their tailoring are located in China.

Visually, counterfeit ugg boots are very similar to the original. Especially if manufacturers are not stingy with natural suede and fur. Therefore, first of all, you should pay attention to the sole, which is always made of low-grade rubber by illegal ugg manufacturers. In original boots, the sole thickness should be at least 1.2 cm, it is very soft, flexible and has a raised surface. In fakes, the opposite is true – a hard sole that practically does not bend and has a thickness of no more than 0.5-0.7 cm, and is often completely smooth. In addition, a large embossed UGG logo should be displayed in the center of the sole. Therefore, its absence is a reason to refuse to buy boots. You should also keep in mind that black ugg boots are only available with a black sole that has a white embossed logo. 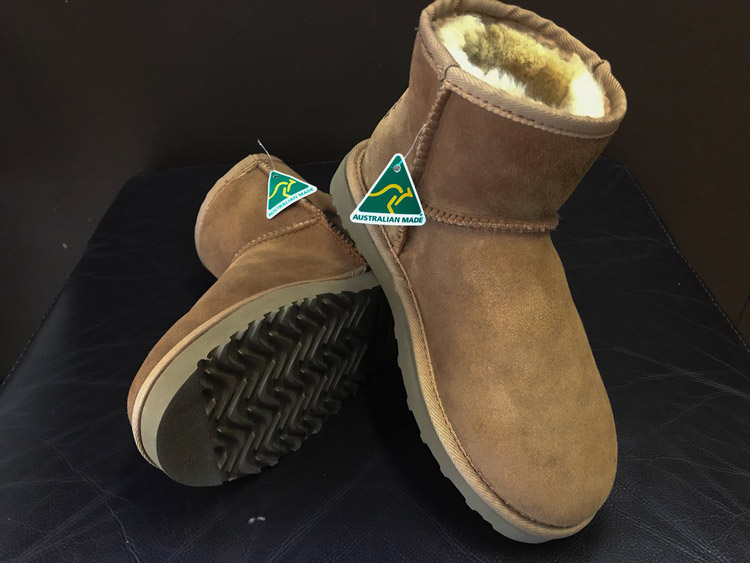 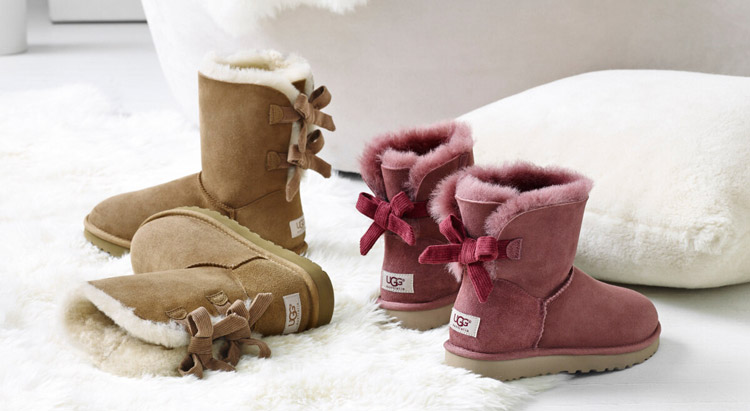 The presence of several logos is the hallmark of UGG Australia products. The first of them, as we have already said, is located on the sole. The second two should be found on the heel on the outside of the boot. Right near the junction of the sole and the heel of the sheepskin should show off a barely noticeable branded embossing “UGG”. Just above it is sewn a label with the words “UGG Australia”. In the original models, these labels are always selected to match the boots. In fakes, you can often find a brown “label” on black or gray suede. In addition, inside the boots, a white fabric label with the inscription “UGG Australia” should be attached to the fur, but at the bottom, it should be indicated that the ugg boots are made in China. 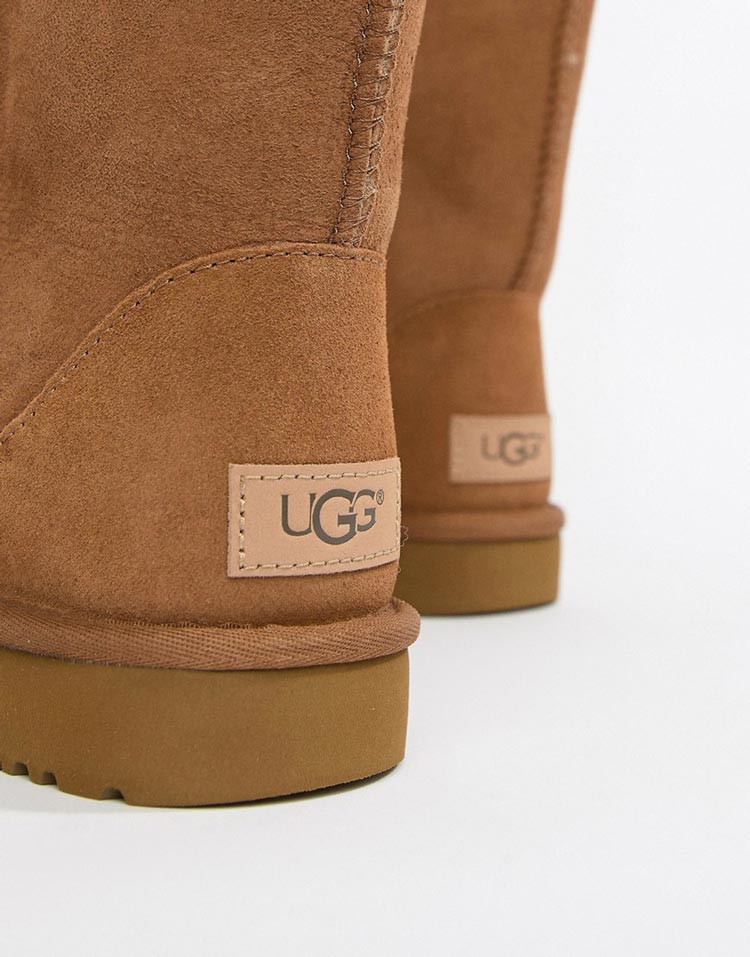 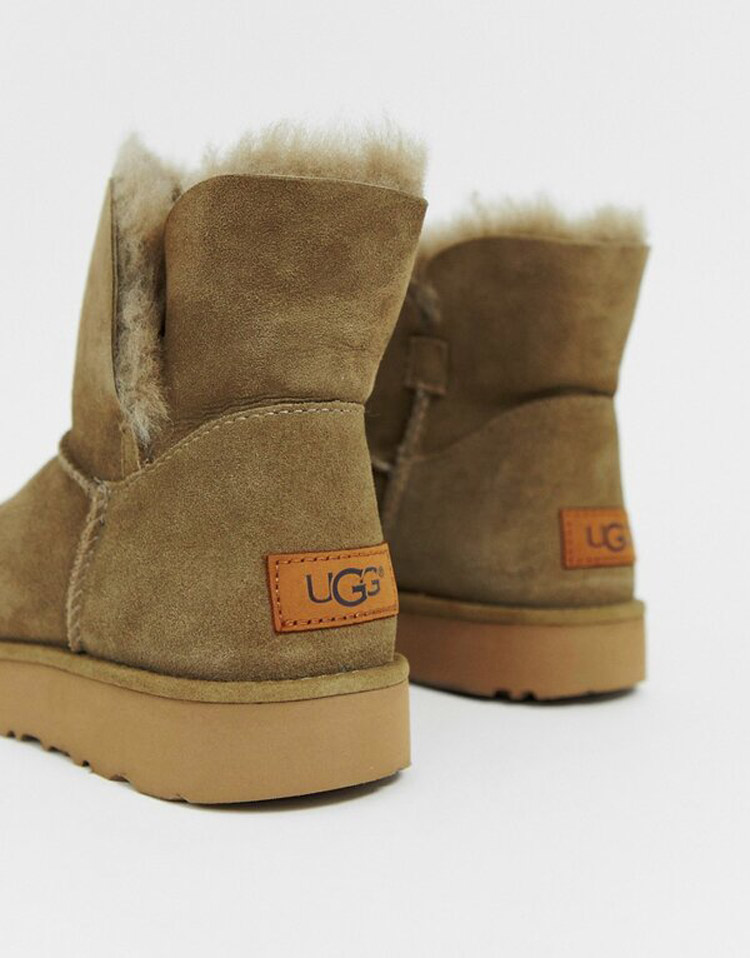 What is better to wear ugg boots with?

Many Passionate fans of this Australian Shoe are ready to wear ugg boots without removing them and combining them with everything. However, this is not correct. When making sets with ugg boots, remember that these are primarily casual shoes, so no classic suits or fancy dresses will fit them. Despite the fact that ugg boots are trendy today, you should not also wear these shoes to the office, on holidays and special events. Skinny jeans, leather trousers, and leggings contrast perfectly with clumsy fur boots. Tall, slender girls can complement the image with an oversized sweater or a voluminous cardigan and will look very fragile and feminine in this set. 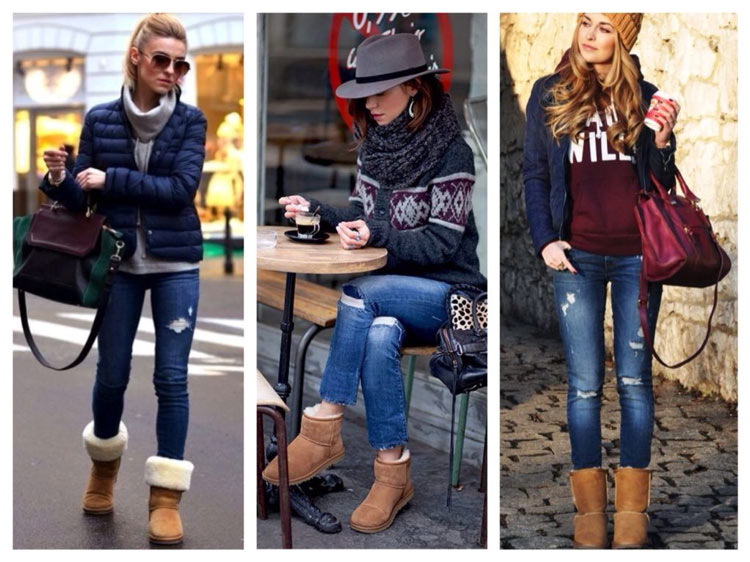 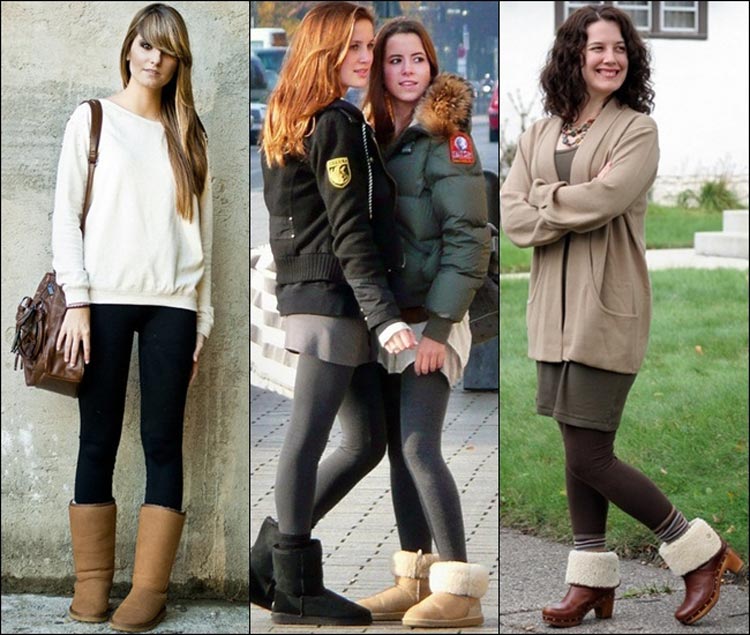 Men can also appreciate the convenience of ugg boots. But they also need to remember that these shoes are combined with things in the street style. These are primarily jeans, corduroy trousers and chinos that are narrowed down, which are convenient to tuck into the tops of ugg boots. The top is selected appropriate: parka, down jacket, a thick jumper, sweatshirt, plaid shirt. Hats, scarves, and gloves will be able to diversify the sets. 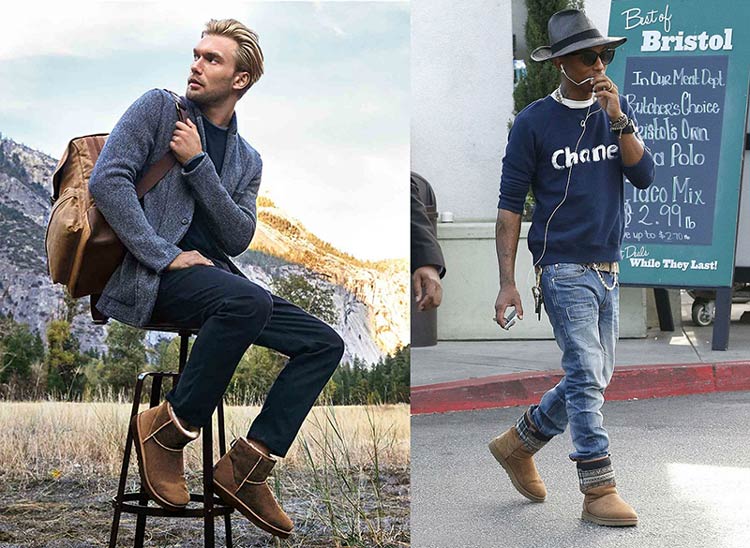 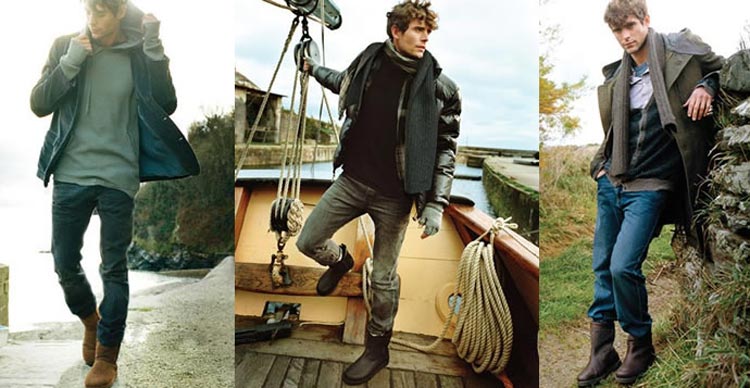 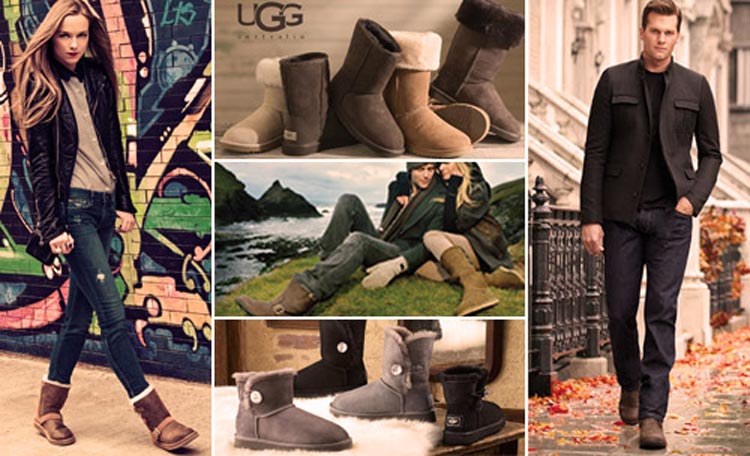 Ugg boots are an excellent choice for those who are confident, active and welcome personal comfort and convenience in everything. These people stand out in the gray crowd and follow their own unique style. That is why they are able to appreciate all the advantages of this Australian Shoe with such a difficult history.

Fashion shows 2021: shows of the most famous brands