Bulgari or Bvlgari is a famous Italian brand.  Fine jewelry, leather accessories, watches, skin care products and premium eau de Parfum and it’s all Bulgari. TM is part of the LVMH group (Louis Vuitton Moët Hennessy) and closes the three largest jewelry companies in the world. The main office of the company is located in Rome. 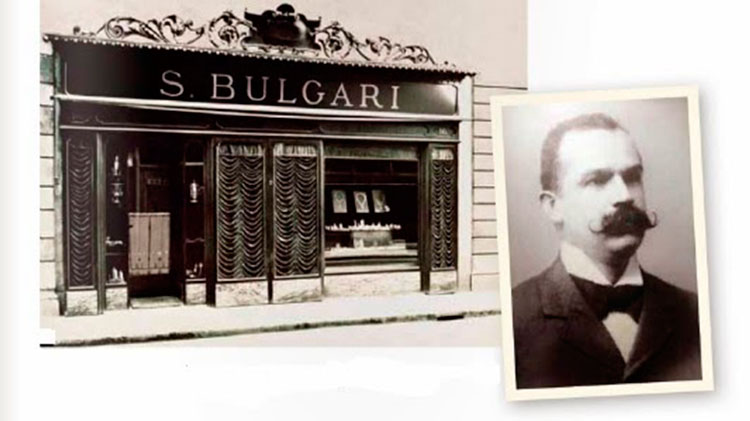 The history of the house began long before the opening of the first boutique, back in 1857, when Sotirios Bulgaris was born. In his native Epirus (region of Greece) his family was engaged in silver processing and kept his shop. It was destroyed as a result of constant wars with the Ottoman Empire. Moving to the island of Corfu native Sotirios will start all over again, resigned to fate. And young confident and with business acumen Bulgaris, will continue to travel in search of the best place for the development of ancient crafts. In 1881 he found it in Rome, the capital of the new Kingdom of Italy, and in 1884 he opened his first shop near the Church of Trinita dei Monti at 85 via Sistina. The second boutique, which still works, Sotirios will open in 1894 in the historic center of the city — on the street via dei Condotti, 28. And at the same time Sotirios changes his surname and name to more Italian – Sotirio Bulgari. 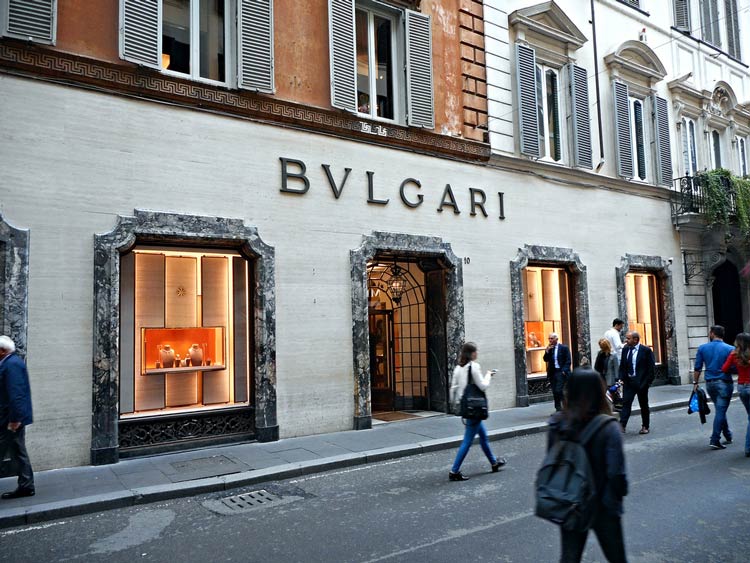 Later it will become a favorite meeting place of famous artists, writers and actors of the dolce vita era, who played an important role in the growth of the popularity of the Italian brand around the world.

By the beginning of the twentieth century Bulgari was changing the style of its products: jewelry with colored precious stones was added to silverware and accessories. The original Mediterranean motifs on the jewelry were complemented by classic French, which immediately increased interest in them.

In 1905, the store moved to via Condotti, still the flagship boutique of the company. Only since 1910, the founder, together with his sons Costantino and Giorgio, begins to specialize in jewelry with precious stones inspired by the Paris school. In order to interest the clientele coming from the US and UK and increase demand, the shop was named Old Curiosity Shop. Creation of jewelry the enterprise began to be engaged in 1910.

In 1932, Sotirios retires and his sons become the head of the company.

Constantino and Giorgio Bulgaris were creative and ambitious people. They decided that Bulgari should have his own style different from the French.

In gratitude to Rome, Constantino and Giorgio Bulgaris decided to modernize the brand name. And linked it to the traditional Latin alphabet, where the letter ” V “is equivalent to the modern “U”. So in 1934 Bvlgari was born. 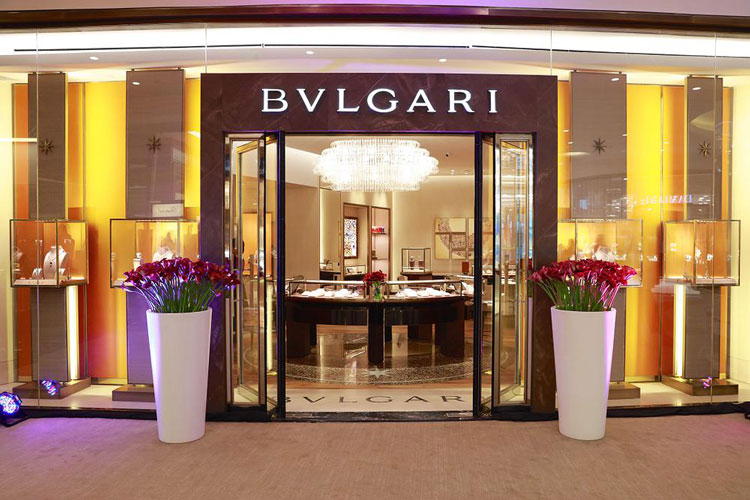 In the late 1940s, the brand released the first wristwatch-jewelry in the shape of a snake, which became the basis of the famous Serpenti collection. Stylized rings with snake plastic encircled the hands of their owners, thanks to the complex technique of gold weaving. It was original, stylish, new. 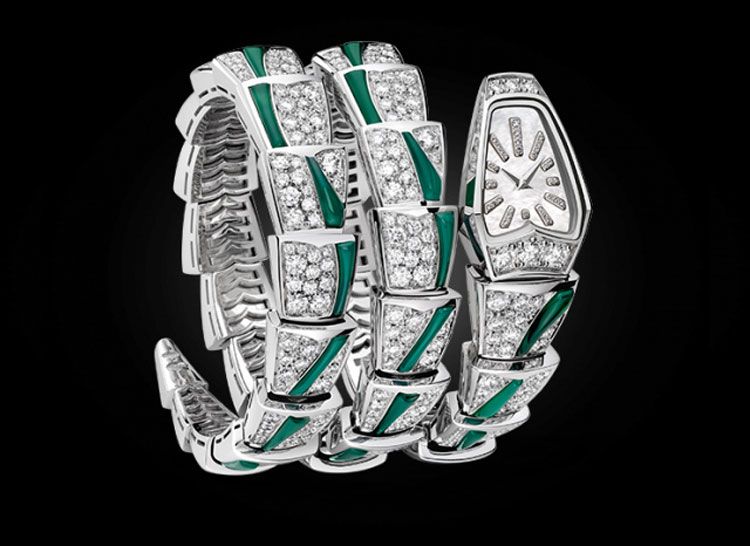 During the hard times of world war II, the company uses gold instead of platinum, reduces the number of stones, the shapes become soft and natural.

The firm became especially popular in the period from 1950 to 1960, when the largest film Studio in Europe — Cinecitta-was founded in Italy. At that time, Bulgari jewelry was worn by many movie stars, in particular: Elizabeth Taylor, Clark Gable, Sophia Loren, Romy Schneider, Harry Cooper, Audrey Hepburn, Gina Lollobrigida, Marlene Dietrich and many others. 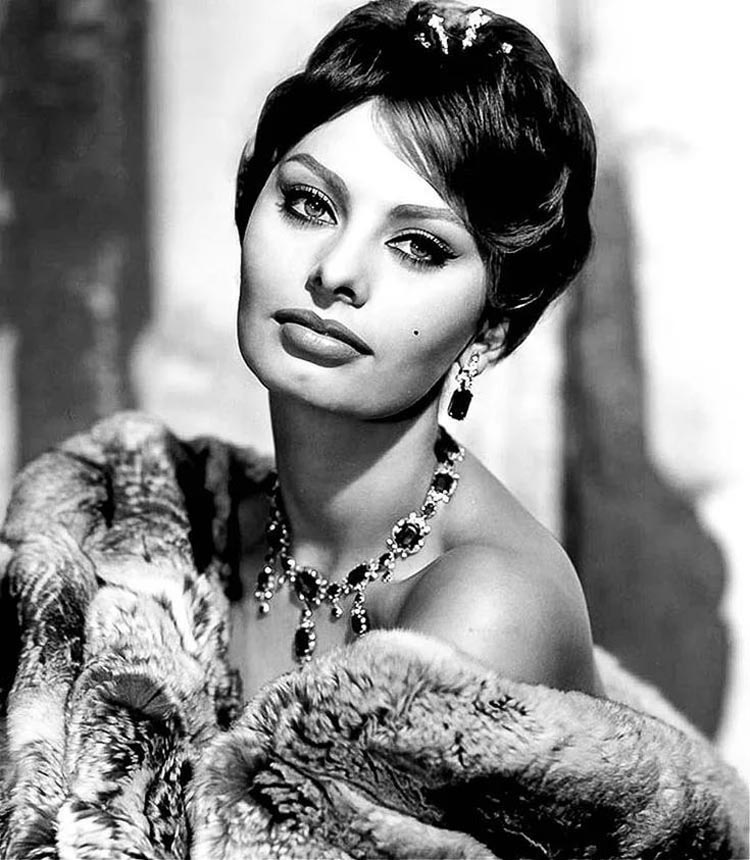 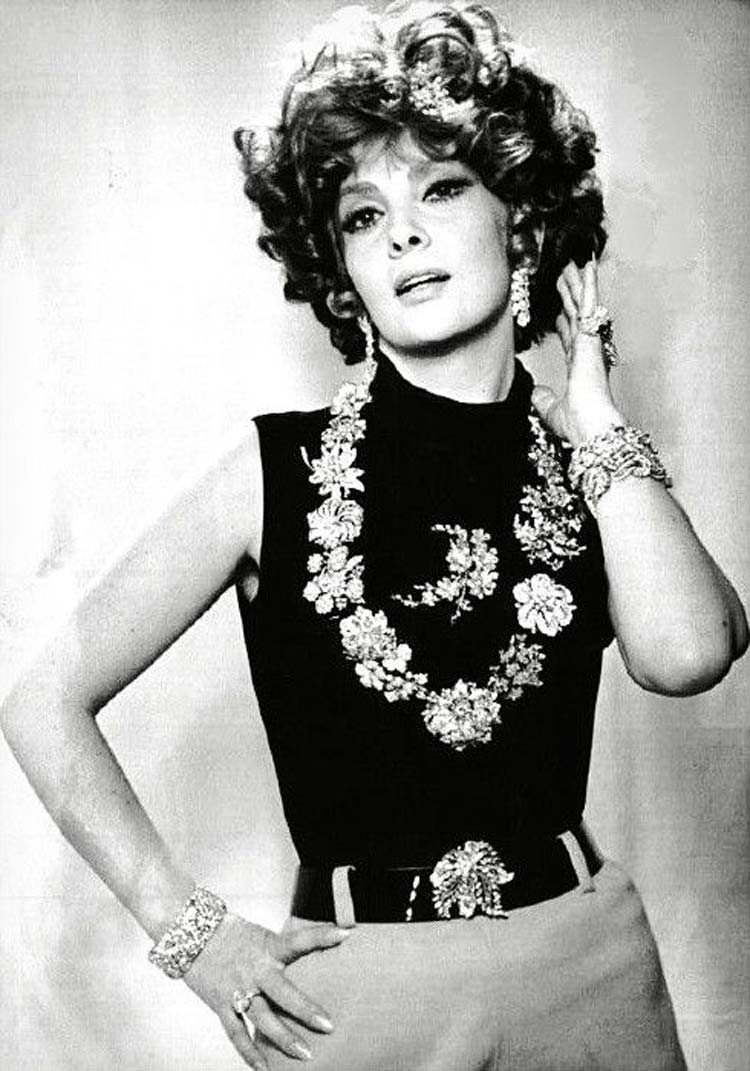 In the 1950s and 1960s, when jewelry fashion had floral motifs and flowing lines, the Bvlgari brand created a series of brooches called En Tremblant (literally with Franz. — «shiver.)» The corollas of flowers on them quivered with every movement thanks to the spring frame.  At the end of the 50s Bvlgari house finally departs from the Parisian style in decorations and develops its own individual design. Stones began to be selected not by value, but by what color palette they form. The next bold and innovative step was the creation of jewelry, in which the Central place was given to cabochon cut stones (smooth convex surface without edges. — Primas’. ed.). That went against the dominant tradition in the XX century, when it was believed that this type of cut is intended exclusively for stones that were not of significant value. This was a confirmation of the exclusivity of the Bvlgari style and the birth of the Italian jewelry school.cabochon 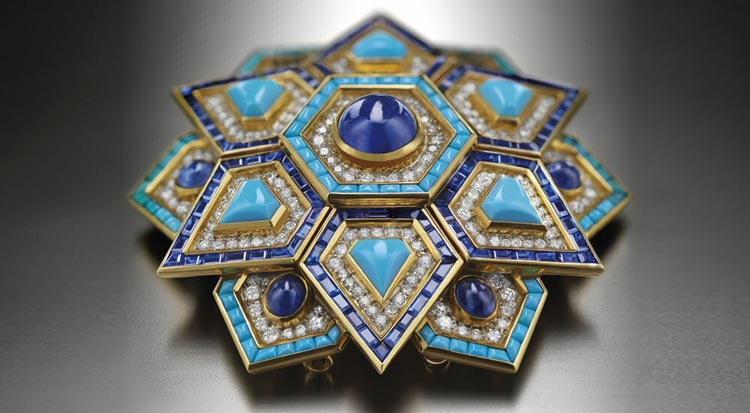 In the 1970s, more than 250 boutiques opened around the world, including in New York, Paris, Monte Carlo, Geneva. Entering the world market, the company begins production of men’s watches. One of the first Bvlgari models, the Bvlgari, released in 1977, almost immediately became popular. And in 1980, the brand opened in the center of Switzerland watch company Bvlgari Time. Thanks to the acquisition of factories for the production of Cadrans Design dials and Prestige d’Or bracelets, the company will be able to independently control the entire process of creating watches. 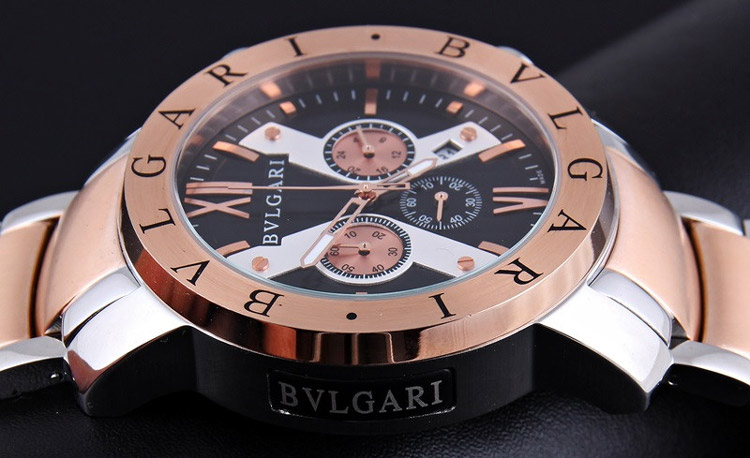 During the 1980s and 90s, Bvlgari’s design acquired finished, easily recognizable features: the use of yellow gold, the play of volumes, bright colors, clean shapes and stylized decorative motifs.

The brand became an Empire that always offered something new. High-profile premiere in the world of high jewelry was the original technique of fixing precious stones, which began to apply jewelers Bvlgari in 1980. It used silk threads of different colors.

In the XXI century there are radical metamorphoses in the design of jewelry brand: volume and rounded shapes are replaced by two-dimensional. But the new principle of “the simpler the better” creates only a deceptive appearance of simplicity. Products still seem to be plastic, like a precious fabric. Continuing to improve the skills of transformation of ancient traditions, Bvlgari also uses an improved technique of cutting stones for their jewelry-Takhti (takhti), whose roots go deep into the art of ancient India. Reinterpreted by jewelers of the brand, it has found a new breath in the glow of precious stones. 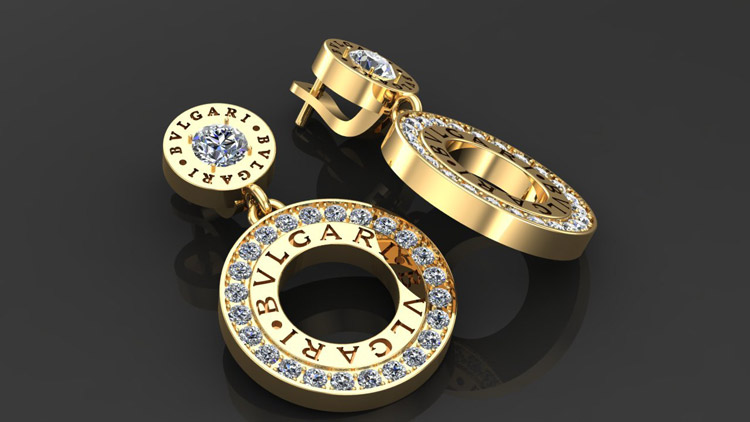 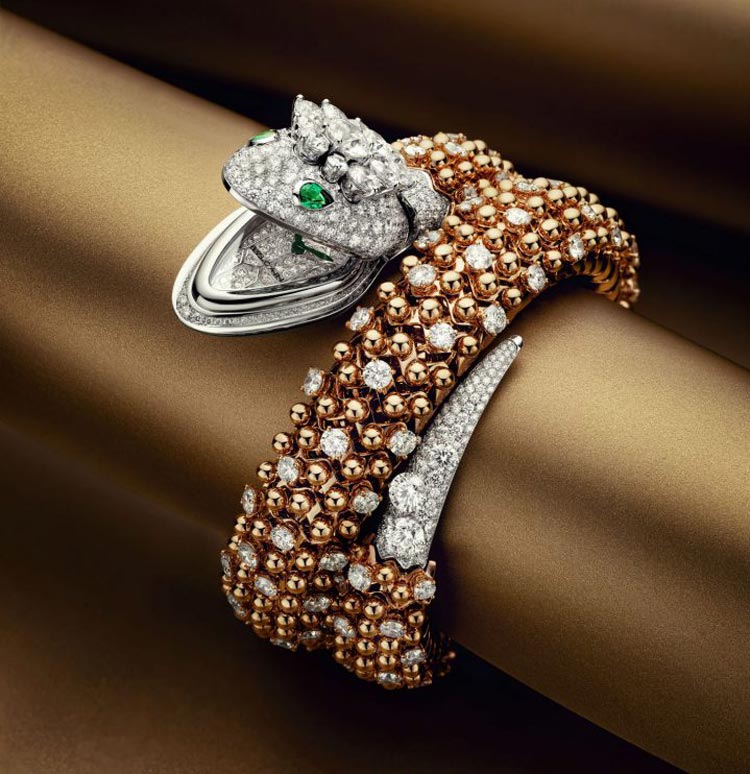 Today, the success of Bvlgari can only be admired, because the house is a successful jewelry and watch brand, produces perfumes, accessories and gift Souvenirs, owns a network of its own hotels and is part of the largest concern LVMH (Louis Vuitton Moët Hennessy). 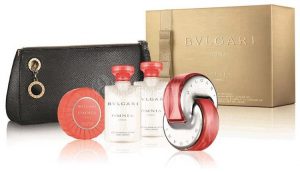 Women's Christmas dresses. What to celebrate the Christmas 2020?

Fashion shows 2021: shows of the most famous brands